Kristen joined the Arts Council of Greater Kalamazoo in June 2016. Prior to this appointment, Kristen had a 22-year career at the Kalamazoo Civic Theatre – serving in the positions of Intern, Carpenter, Lighting Designer, Production Manager, and most recently as its Executive Director – a position she held for 11 years. Originally from Seattle, Washington, Kristen has also had the pleasure of working for the Group Theatre, The Alice B., and the Annex Theatre. A graduate of both Kalamazoo College and Western Michigan University, Kristen holds a B.A. in Theatre Arts and Communication and an M.F.A. in Performing Arts Administration.

Kristen has been a strong advocate of the arts in her previous roles and was presented with the Robert A. McKenna Award by the Community Theatre Association of Michigan in recognition of her contributions to community theatre at the local, state, and national levels. She has also served as a committee member for the American Association of Community Theatre and volunteers locally as the President of the Kalamazoo Rotary Club.  She serves as a commission member on the Kalamazoo County Public Art Commission, and an advisory council member of the KNAC.

Kristen is also an accomplished lighting designer and still offers her skills to area theatres and programs as time permits.

Jinli Feng joined the Arts Council of Greater Kalamazoo in December 2021 as Staff Accountant. In her role she oversees daily financial records management and reports to the Finance Director. Prior to joining the group, Jinli spent over two years as bookkeeper at the Kalamazoo Chinese Academy and she continues in the capacity of co-program director for Kalamazoo Chinese Academy STARTALK Institute. Jinli received her B.S., with a major in accounting, from Zhongnan University of Economics and Law, China. Her outside interests include playing the piano and dancing. Her interest in dance led to performances of Chinese folk dance for Chinese New Year at the Chenery Auditorium in 2019 and 2020.

Eric joined the Arts Council in August 2020 as Office Coordinator and was promoted to Operations Manager/Membership Director in the fall of 2021. In his new role he continues to support the activities of the Arts Council’s daily operations but will be much more involved in the shape and direction of the membership program and member benefits offered by ACGK.

Prior to joining the ACGK, Eric was the sales coordinator at Western Michigan University’s Miller Auditorium, where he worked alongside an incredible team to bring touring Broadway shows, comedy acts, and performances of all kinds to Kalamazoo. He had a brief cameo as the choir director/accompanist for the “Sister’s Christmas Catechism” performance. Eric also previously served as the auditorium’s office coordinator.

Eric is a percussion educator and has taught privately throughout southwestern Michigan at various high schools since 2008 and as an adjunct faculty member at Southwestern Michigan College since 2016. He has performed professionally as a percussionist, guitarist, and keyboardist in various ensembles including orchestras, pit orchestras, jazz big bands, and original music acts. Some of the notable ensembles include the Andrews University Symphony Orchestra, Lake Effect Jazz Big Band, Ed Bagatini Musical Groups, Elephant Rescue, and the Andrew Fisher Quartet.

Eric is married to his beautiful wife, Lindsey. The couple has two cats together. Eric and Lindsey have lived in the vibrant Kalamazoo area since 2016 and are looking forward to many more. Eric brings a passion for music and the inherent value of art in modern society into his work at the Arts Council of Greater Kalamazoo.

Jacob joined the Box Office staff in 2020, assisting patrons of the various organization our Community Box Office serves.  He now worked full-time at the Kalamazoo Civic Theatre, but occasionally helps out for night-time and weekend performances as he is able.

In her role as Box Office Associate, Nicki supports the operations of the new Community Box Office located on the first floor of the Epic Center. The Community Box Office currently sells event tickets and services for The Gilmore Piano Festival, Kalamazoo Symphony Orchestra, Kalamazoo Ballet Arts, Wellspring/Cori Terry & Dancers, and Fontana Chamber Arts. Prior to joining the ACGK in the fall of 2021, Nicki served as Executive Director of the local youth literacy nonprofit, Read and Write Kalamazoo (RAWK). Prior to RAWK, she was the Kalamazoo Civic Theatre’s Director of Education and Outreach from 2008 to 2018 when she founded the Academy of Theatre Arts. She earned a Master of Fine Arts in Acting from the University of Montana and a Bachelor of Arts in Theatre with a music minor from Millikin University.

Prior to joining the ACGK, Kim worked primarily as an educator, illustrator, and working art maker with an emphasis in painting and the practice of expressive art therapy. Most recently, Kim taught at Kalamazoo Valley Community College and Education for the Arts. Other educational endeavors include being the Arts Director/Art Educator at Kazoo School, arts faculty at Blue Lake Fine Arts Camp, and teaching at the Kalamazoo Institute of Arts. Throughout the last 20 years Kim has also worked as an independent art maker under the name Kim Shaw Art.
This work includes teaching workshops and private lessons as well as commission work in painting and illustration. Kim is a studio resident of the Jerico maker’s space in the Edison Neighborhood and continues to engage with painting endeavors and collaborate with other art
makers whenever possible. A graduate of both Western Michigan University and Kalamazoo Valley Community College, Kim holds degrees in Illustration and Studio Arts with a focus in Art Education and Painting. The focus of Kim’s work is to grow individual and community enrichment through creative process, collaboration, active art-making, and human experience. In all of Kim’s artistic endeavors she strives to stay connected to current world art makers, new ideas, and artistic partnerships. Social justice, equity, and restorative justice are a priority in Kim’s personal education and the programming she cultivates in the community. Kim is married to partner Dell Darnell, and together they have three fierce, fabulous kids.

A native of Kalamazoo, Melita’s experiences with local arts organizations, helped reveal a passion for bringing BIPOC peoples into theatre and performance spaces, both as patrons and as participants.  She is excited about this opportunity to work with various artists and arts organizations.

By day, Kim is a health care worker dedicated to her patients, and by night she enjoys acting, stage managing, and working behind the scenes in theatre.  Kim joined the Arts Council to support the Community Box Office in 2021, and you can see her smiling face in the Box Office at productions around town.

Craig joined the Arts Council of Greater Kalamazoo in May 2017. A Grand Rapids native, Craig relocated to Kalamazoo after meeting his wife in 2011. He’s spent the bulk of his business career in office management for small professional firms with overall responsibility for financial reporting, human resources, technology, and facilities management. In addition, during his consulting career he performed audit preparation service for the Community Media Center in Grand Rapids.

Craig’s art experience is heavily geared toward the world of music. He started programming at WYCE, 88.1 FM in Grand Rapids in 2005, which continues to afford him a platform to imprint his musical proclivities on an unsuspecting radio audience. Craig also serves as the Finance Manager for Discover Kalamazoo, on a part-time basis.

Jeff joined the Arts Council in January 2023 as director of the Kalamazoo Cultural Center. Most recently he led Orangetheory Fitness Kalamazoo and Orangetheory Fitness Portage as studio manager. Acting as general manager of two fitness studios, Jeff orchestrated the day to day sales & operations and staff as well as operated OTF’s signature events.  Jeff has over 20 years’ experience in event and facility management including facility manager at Wings Event Center and Wings West helping to bring the sport of curling to Kalamazoo, as well as numerous other events, including Elton John in concert and the United States Figure Skating Association Synchronized Skating Sectionals & Nationals. He served as general manager at Kellogg Arena in Battle Creek for two years where he oversaw all aspects of the multiuse arena as well as an outdoor festival space.

Jeff graduated from West Virginia University and is a proud Mountaineer. He lives in Kalamazoo with his daughter, Adeline and dog, Lucy.

Nicole supports the operations of the Arts Council of Greater Kalamazoo as the Administrative Assistant.  In her former role, she assisted with the creation and development of the new Community Box Office.  In her new role, she can be seen putting her customer service skills to work, greeting anyone who needs access to the resources of the Arts Council. As a native of Portage, Mich., Nicole grew up with a strong appreciation of the arts in the greater Kalamazoo area. She earned an Associate Degree in Digital Media from Ferris State University.

The Arts Council is seeking board members! Email info@kalamazooarts.org with interest to discuss this volunteer opportunity with a current board member. 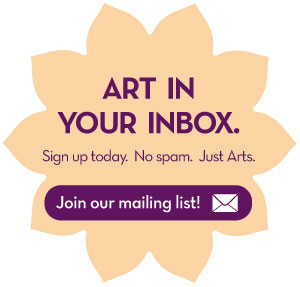