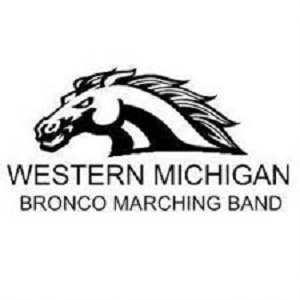 The WMU Symphonic and Concert Bands will present a double-bill concert to open their 2019–20 concert season on Monday, Oct. 14, 2019 at 7:30 p.m. in Miller Auditorium. The concert is free and will feature students of Western Michigan University who are enrolled in the School of Music, as well as many other academic units across campus.

The University Concert Band will present a concert of music from American band composers. The band will open with the popular William Latham march, Brighton Beach. Three Ayers From Gloucester, by Hugh Stuart, is a three movement piece written in an early English folk style. Rain, by Brian Balmages, is a gentle work with a great deal of expressiveness painting a picture of a quiet rainfall with distant rolling thunder. Frank Erickson’s Toccata for Band is considered a staple in the concert band genre written with exciting woodwind technique and a beautiful lyrical melody. The Concert Band will perform a hidden jewel by composer Norman Dello Joio titled Caccia for Band which is derived from a 14th century Italian vocal form in canon. The Concert Band will conclude with Frank Ticheli’s exciting and celebratory Joy Revisited.

The University Symphonic Band will open its 2019-20 academic season with Ron Nelson’s Lauds, Praise High Day. American composer, William Bolcom’s Song for Band will be conducted by the Graduate Assistant Conductor, Cody Edgerton in his debut with the WMU Bands. Camille Saint-Saëns’ early work for band, Occident and Orient brings a touch of Romantic French flair before we hear the relatively new a la Machaut, by young American composer, Andrew Boss. The University Symphonic Band will close its program on Monday evening with Henry Fillmore’s The Klaxon March.