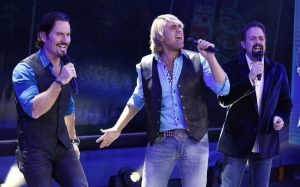 The Texas Tenors with their hit PBS special now airing across the US and a Billboard Top 10 album You Should Dream, it's easy to see why they are quickly becoming America's favorite new tenors. Since their debut four years ago on NBC's America's Got Talent, they have performed over 800 concerts around the world including a 24-city tour in the United Kingdom, Shanghai, China and collaboration with some of the most prestigious symphonies and performing arts centers throughout the globe. John Hagen, Marcus Collins and JC Fisher bring their unique blend of Country, Classical and Broadway to the stage with breathtaking vocals, humor and cowboy charm.