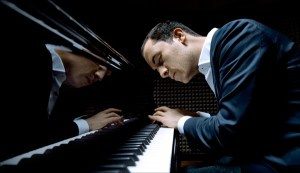 In the spring of 2014, Igor Levit returned to the Festival Heidelberger Frühling, where he serves as artistic director for the Chamber Music Academy. This summer, he is artist-in-residence at the Kissinger Sommer as well as at the Festival Mecklenburg-Vorpommern, where he will debut with the Deutsches-Symphonie Orchester Berlin.

Levit began performing a Beethoven Sonata cycle in the fall of 2013, and he continues doing so this season. Composer Frederic Rzewski has dedicated eight sonatas of his cycle, “Nano Sonaten,” to Levit and is currently composing a world premiere for Levit in 2015.