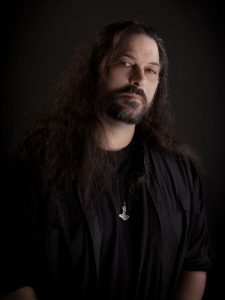 Dan Monroe has been creating art for many years, having began his career at the ripe old age of nine years, when he would produce pastel portraits of people and sell them all over the Tri-State area while traveling with his parents who were Evangelists.  Art has always been a driving force in his life- from drawing comic art to painting fantasy works, to portrait paintings for private collections, the creation of characters and illustration of children's books by celebrities such as NBA Hall of Famer Dennis Rodman, Actress Erika Eleniak (Baywatch), The Current Heavyweight World Boxing Champion Deontay Wilder, Kostya Tszyu (Boxing Hall of Fame Inductee), Boxing Legend Jesse James Leija, and several others.  Dan has also created art for actress Sybil Danning (The Howling II, Playboy centerfold, Amazon Women on the Moon), and several other notable media personalities.  Dan also taught art classes at Western Michigan University, and his fine art paintings have been exhibited and sold in Art Galleries across the Continental United States, and Hawaii.