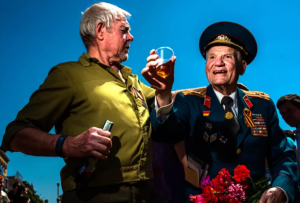 Organized by VASA, an online center for media studies.

In 1970s and ‘80s Ukraine, under strict state censorship, photographers mainly worked underground, and it was only after 1990 that artists emerged free from soviet ideological constraints. Twenty-eight years later Ukraine photographers are

Organized by VASA, an online center for media studies.

In 1970s and ‘80s Ukraine, under strict state censorship, photographers mainly worked underground, and it was only after 1990 that artists emerged free from soviet ideological constraints. Twenty-eight years later Ukraine photographers are experiencing the freedom won by the struggles of previous generations. The work presented here by five Ukrainian artists from different geographic regions and different generations may be best understood as a rich example of that transition from censorship to freedom.

Featuring five contemporary photographers from throughout Ukraine, Eyes on Ukraine covers nearly 25 years while also reflecting the current political interest in Ukraine. From direct social reportage on the toil of Donbas miners, to complex techniques using found material, from elaborated quasi beach photos, to reflections on the annexation of Crimea, the selection showcases the diversity of themes and approaches that are characteristic for the art of photography in the country.

About VASA: VASA, an online center for media studies, created the current traveling exhibition Eyes on Ukraine: Five Contemporary Ukrainian Photographers from its commitment to provide Ukrainian photographers and film makers a platform for their voice. Over the last four years, VASA exhibited the work of photographers associated with the Kharkiv School of Photography (4 exhibitions tracing the 1970-80 until current time), Crimea (images and film), Ukraine Project, the war in the Ukraine, and a number of individual artists presented in the VASA Front Page Project. All of the exhibitions, essays and films have been archived on the VASA platform (vasa-project.com).

The Donbas Miners body of work by Ukraine documentary photographer Alexander Chekmenev (b. 1969) is dedicated to the Donbas region in Eastern Ukraine, the part of the country that the artist comes from and knows best. It comprises work from two decades, 1993 to 2014, the beginning of the war conflict with Russia. The Donbas region is primarily a mining and industrial area. Life has been more difficult for the people of the Donbas region since the collapse of the Soviet Union in 1991. The photographs tell the story of people in this mostly illegal and dangerous spine-breaking manual labor.

Eugeny Kom (b. 1956) has lived in Zaporizhia since 1977, but he is still registered in Crimea, where his mother lives. His Crimean registration allows him to visit the peninsula regularly, and the artist’s portfolio contains images of both pre- and post-annexation time. The presented selection comes from Eugeny Kom’s series “The Rest Zone”, “Adagio”, “Naked And Comical”, “The Beach Mat”, “Theater of The Absurd” taken all over the Crimean seashore from west to east and covering the period of 2004 – 2016. Kom’s merciless reportage approach transforms what could otherwise look like mundane beach photography into a powerful tool anatomizing the resort’s poor infrastructure, its inadequate facilities and the vacationists’ habitual behavior, revealing the deeply ingrained Soviet spirit and dismal atmosphere of the place.

Igor Chekachkov (b. 1989) is a representative of the younger generation artists, but since 2013 he has been actively exhibiting his work both in Ukraine and abroad. The communist ideology has always been the critical focus of Kharkiv photographers. Chekachkov’s 2013 – 2015 Veterans project shows World War II survivors on their annual V-Day gatherings. Decorated with all possible awards, not necessarily achieved for combat action, with Lenin’s monument (now destroyed) in the background, some dignified, some just simply pathetic, they are a living representation of the country’s Soviet past.

Lana Yankovska (b. 1981) started studying photography in 2012. In her Drowned Memories (2012) Lana Yankovska uses the “overlays” technique based on found material – scanned negatives shot by the artist’s grandfather. The grandfather’s amater images portray the artist’s mother and uncle as children, the sites of her native Lviv, the places where she lived as a child, the family history in general. To create an image of the flow of time burying one’s past, Yankovska digitally merges “found memories” with photos of water.

Vitaly Fomenko (b. 1983) lives in Sevastopol, which provides him a unique opportunity to witness the life in Crimea after the annexation. Fomenko’s The Honor Roll (2015) is in fact a series of reproductions of found material: it shows half-ruined discarded photographs that had belonged to a Ukrainian military cantonment and were ditched after the place was ceded to Russian troops without a fight. The portraits in this expressive Fomenko’s work appear like zombie phantoms, a spiritual visitation of the seemingly bloodless war. She started work on her latest film, Box Cutters, at the Cinémathèque Quebeçoise in Montréal in 2018 and is currently also developing a new VR project titled Two Worlds, which won the Digilab Africa competition in 2018.

* Event durations (if noted) are approximate. Please check with the presenting organization or venue to confirm start times and duration. 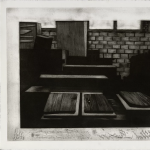 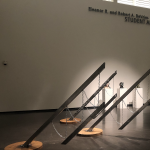